What development processes your digital idea will go through – SDLC 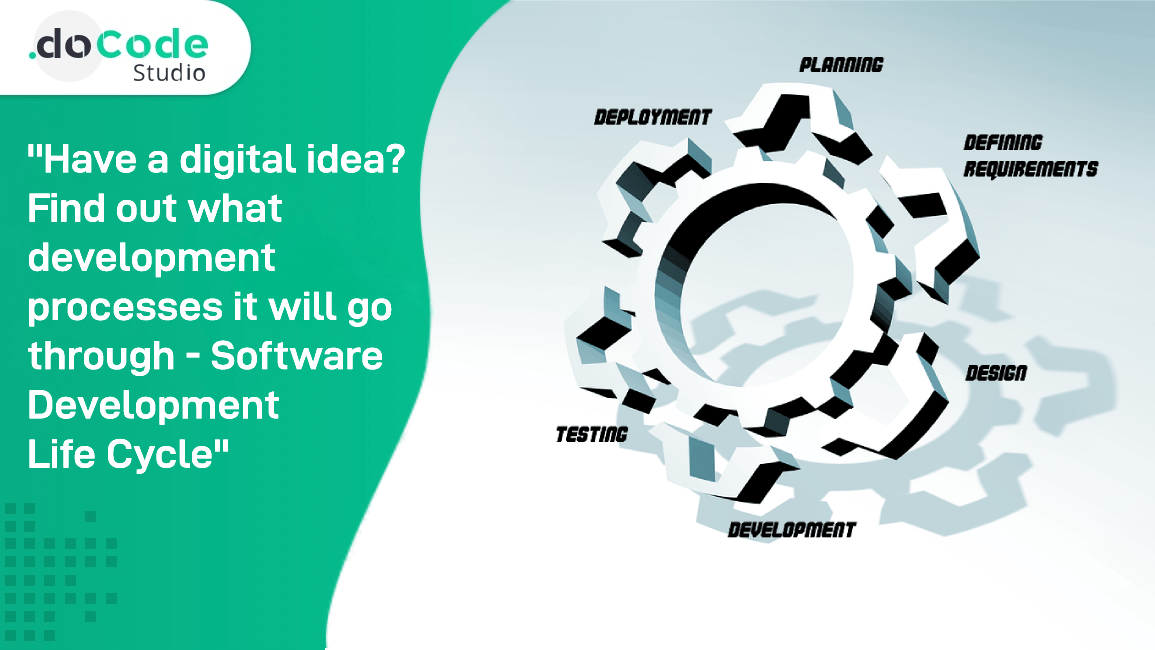 If you have a digital idea you want to realize, there are many things you should be aware of. Software Development Life Cycle is among the most important ones.

What is the Software Development Life Cycle?

There are certain steps that should be performed to create software. Each step is a task that should be successfully completed. As a rule, the Software Development Life Cycle is divided into six stages. In some cases, there are from six to eight steps. This process is a very important one because of the following:

Depending on the scope of a project, it is possible to omit or combine some steps. It’s up to a project manager to decide.

So, let’s dwell on the most important steps of the Software Development Life Cycle.

General stages include planning (thinking over ideas that could help the target audience solve certain problems, evaluating the project in general), requirements (interacting with stakeholders; defining the resources needed), design (modeling the way of how the application will work), development (development of the software), testing (testing the software), deployment (making the application available for users). Let’s focus on these steps in more detail.

At this stage, people leading the project think over the project in general. They calculate everything – material costs, costs of labor, etc. Besides, the terms of the project are being evaluated. In some cases, leaders try to get feedback from stakeholders, target audience, and other parties that may be interested. At the stage of planning, the purpose and scope of an app are defined. Besides, certain boundaries are set to stick to the originally set purpose.

The main aim of this stage is to gather and document all the business requirements. There is a specific document – Software Requirement Specification. It states all the requirements. In general, during this stage, the customer in need of a software solution, and the employees of the developer interact, discussing all the project details that can help to more clearly formulate the requirements for the software.

The aim of this step is to translate all the requirements into software design. There are two main types of design – a high-level design and a low-level design. The first one is the plan of the whole system in general, while a low-level design means the design of specific components of the system. One of the components of this stage is the selection of tools and an operating system. There is an impressive selection of those on the market nowadays, so it is of critical importance to make the right choice. Other aspects of the design stage include the user’s interface, platforms, communications, programming, architecture, and security.

The next step is working directly with the code, based on the programming language chosen in the preparation process. Different high-level programming languages such as JavaScript, React, Node.js, React Native are used for coding. The programming language is chosen taking into account the type of software that is being developed. It is hardly worth describing all the features and intricacies of this time-consuming and complex stage. It is enough to indicate that the success of any project depends on preliminary analysis and evaluation of solutions with which the program will have to fight for the right to be called the best in its niche. Speaking about writing code for performing highly specialized tasks within a particular enterprise, the efficiency of the company’s work will certainly depend on the coding stage. Coding can be carried out simultaneously with the next stage of development – software testing, which helps to make changes directly while writing code.

Understandably, it’s essential to make sure everything is good with all before making it available for users. The aim of testing is to ensure everything works just fine. There are different types of testing used. These include usability testing, security testing, performance testing, unit testing, and functional testing. The testing process helps to model possible situations in which the software product ceases to function. The debugging department then localizes and fixes the detected code errors, making it almost ideal.

This is the last of six general stages of the Software Development Life Cycle. At this stage, the software is delivered to users. If the software is completely ready and has no bugs, it is shipped to the market. This stage also includes collecting feedback from the first users. This also helps to fix bugs, if any.

The creation of even technically simple software depends on the clear execution of each stage. This, in turn, depends on all departments involved in the development process. How to Create a Mobile Banking App: 10 Steps of Successful Native App or Web App: Which One to Pick?