MVP vs POC vs Prototype. What’s the Difference? 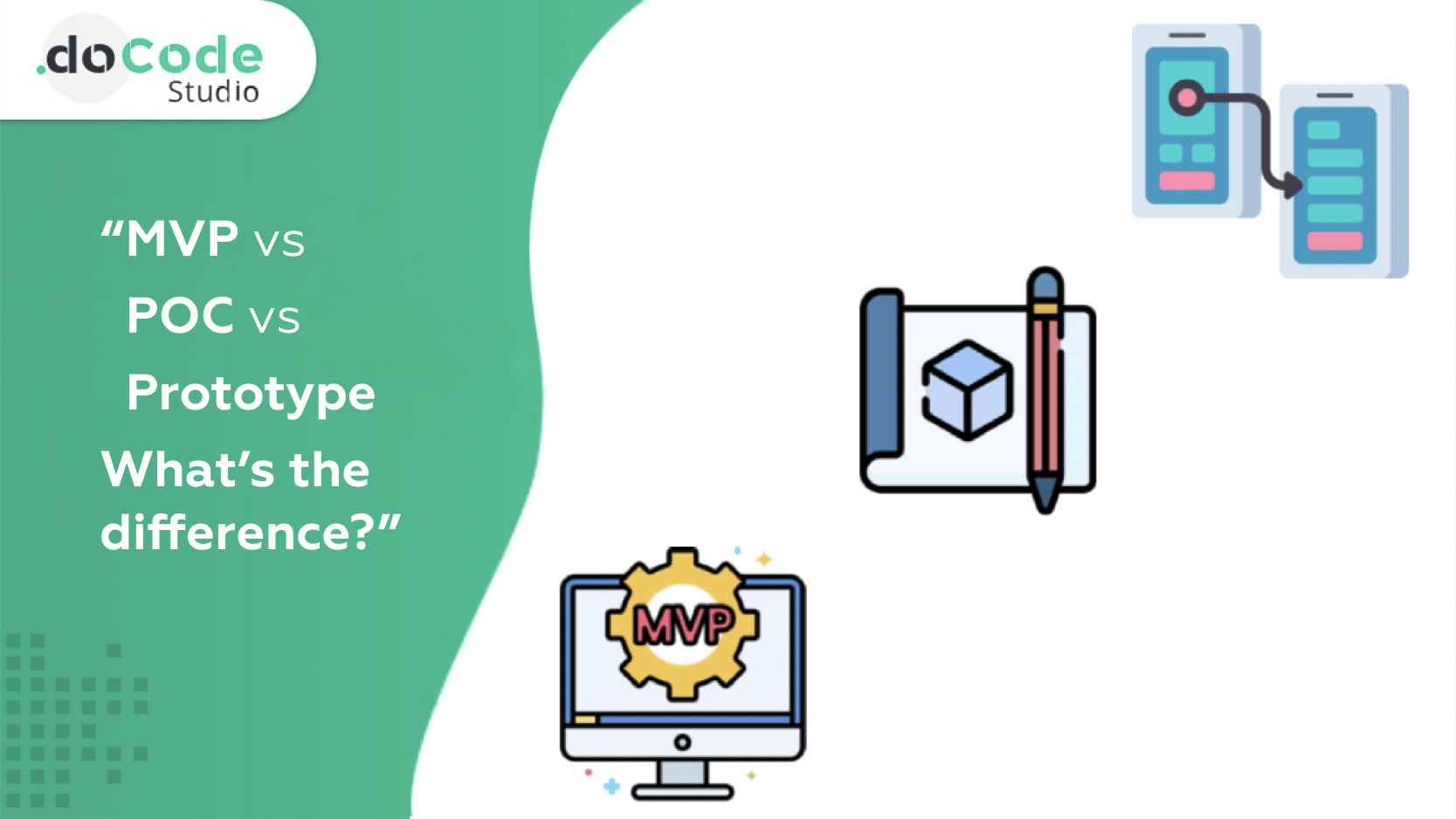 Before idea realization, many people differently call the result estimated. The most common terms that are used are POC (proof-of-concept), MVP (minimum viable product), and Prototype. So what's the difference?

MVP vs POC vs Prototype. What’s the difference? In what cases, it’s better to use each of these strategies? Before idea realization, many people differently call the result estimated. The most common terms that are used are POC (proof-of-concept), MVP (minimum viable product), and Prototype.

MVP vs POC vs Prototype

Let’s try to understand in what cases it’s better to use each of these strategies to achieve the best results possible.

POC goes for proof of concept. Unlike MVP, it is a small project created for check of crucial hypotheses before full development. For example, POC is created to check whether it is possible at all to realize a particular function or if there is no confidence that the idea will work. Not the entire system is included in proof of concept: it’s only its small part which users may not even see at all because most often POCs are used in companies for specification of a way of development of a product.

Simply put, POC is small research that allows (or prohibits) further work, be it the beginning of the new project or the development of the already existing one. There are also cases when POC is used instead of MVP for receiving financing.

The main advantages of proof of concept when developing the software are the following:

There is an example: imagine that you work in an insurance company, and it would be great to save time and forces spent on each examination of car insurance. For the realization of this optimization, it is possible to integrate the software on the basis of artificial intelligence. The proof of concept used in the development of the software can design and plan this step and also show its expediency.

If proof of concept shows that the idea is feasible, it is possible to start the creation of a prototype, then MVP and to begin the development of a complex product after this.

A minimum viable product is the version of a product that is designed to check whether the product is in demand. It has the minimum set of functions for the realization of the business purpose while keeping viability. A minimum viable product doesn’t contain plenty of attractive features and an impressive interface. It makes sense to use MVP during the work with startups: it will help to understand whether the idea is worth existing. Thus, if the product is in demand, it makes sense to continue working on the project and improving its functions to present an ideal version of the product in the end. It is possible to try to receive money from the first investors for the development of a product in the future.

Read more: What is MVP

Naturally, given the fact that MVP goes straight to the market, it has to be the version without any bugs. Thus, the minimum viable product allows you the following:

Another definition that must be mentioned in our review is Prototype. The main objective of the creation of a prototype is to decide whether the product is worth working on. Besides, it can help to cut the number of mistakes (or eliminate them) in it. The prototype is a working model of several aspects of a product (unlike POC where one function is implemented more often).

Usually, prototyping is used for the demonstration of any part of a system, detection of mistakes in it, or for a poll of users. By means of a prototype, the team checks the design of a product, usability, and often and functionality. Using POC, it’s impossible to do it. In simple words, the prototype is more similar to a draft: it is a kind of sketch that still demands many completions, but at the same time, it is shown to the target audience to get to know their opinion on the received result in general. It is important to note that prototypes are often used for the realization of some fresh ideas, and it is possible to turn them into MVP.

If you try to choose from POC, Prototype, or MVP, consider the development of a product that passes through each stage.