“A Top Choice of Cross-platform Framework for Mobile Applications” 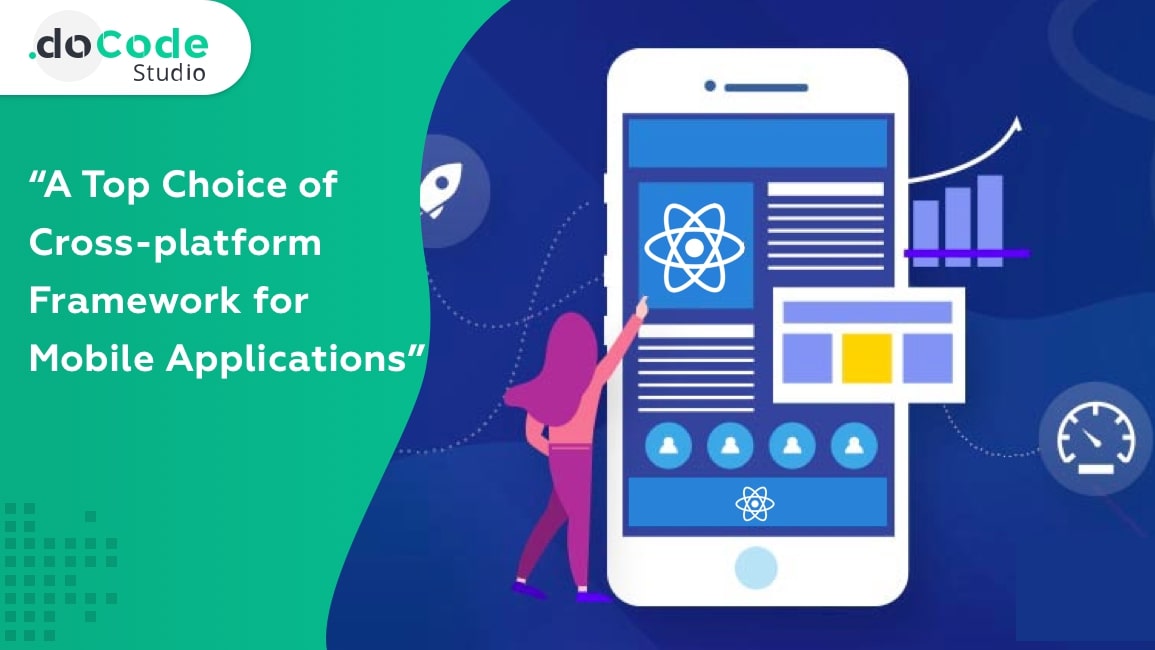 As the name depicts, a cross-platform mobile framework is the one that can be used for developing mobile apps for multiple mobile platforms i. e. IOS, Android, etc. They are used for creating apps that require similar functionality on different platforms, i.e. user interface, buttons, design, functionality, etc. Because of the advantages over existing frameworks, a lot of big companies have started to realize the power of cross-platform development. Therefore, more businesses are shifting toward this form of mobile development by considering React Native, Flutter, etc. in their development process.

In this fast-growing age, cross-platform frameworks are getting popular because of the advanced features and enhanced capabilities over native platform-dependent frameworks. Although using a cross-platform framework totally depends upon the requirement specification, new apps are using this method to utilize the potential of the latest tools and technologies.

In the past, mobile applications were developed only by using their native languages. Each framework required a different language to create the same application because of the platform constraints. It was a tedious task because of the double work, cost, and time. Cross-platform app development solved this issue by providing a singular framework for all the platforms. Since only a single codebase is used to operate multiple devices with different views, it enhanced the non-functional requirements like reusability, efficiency, testability, maintainability, and portability.

Why is there a need for Cross-Platform?

Cross-platform frameworks such as React Native, Flutter, Xamarin, etc. have several advantages over native platforms because of the efficiency, development time, and cost. If the same app with the same features, characteristics, and layout is required on multiple platforms, cross-platform work can be used for easier implementation. In addition, it is easier to perform quality assurance activities in the latter phases.

Today, there is an increasing demand for cross-platform development because of the limited time and budget constraints. Although there is no point in using a cross-platform technology if the app is to be developed only on a single platform, it is considered the best selection for multiple platforms. Since the app can be developed for multiple mobiles using a single framework, there is no need to use separate frameworks for separate platforms. Using different frameworks put ambiguity in the debugging process and also adds coordination issues. To avoid all of these obstructions, there is a need for cross-platform.

React Native is a combined collection of React.js and JavaScript. Developed by Facebook, it is basically used to reduce the parallel working of the same app. Nowadays, many popular mobile applications such as Facebook, Instagram, Netflix, Airbnb, Twitch, etc. are developed using React Native. Also, a lot of other companies are shifting towards it to increase their audience by reaching out to every device.

React Native is considered as one of the most popular cross-platform frameworks because it provides a single view for both Android and IOS devices. Since it uses the browser-side language, it renders huge applications extremely fast. The loading time of the app is reduced and the app code can be reused. Also, the React.js frontend code can be used for multiple devices with a little adjustment. Thus, because of the performance, hardware compatibility, and language stack, it has become a standard for cross-platform.

Because of the rapid development process and reusability, React Native is a cost-effective solution to create an app. The advent of React Native has lifted the requirement of hiring two different skilled teams to create the same app for different platforms. Thus, this cross-platform technology also helps in managing schedule and cost constraints.

React Native Vs. Other Frameworks

React Native is mostly used for developing the apps having the same interface on different platforms. Although there are many other cross-platform frameworks in the market, React Native is preferred more because of the fast development process, ease of learning, and less time to market ratio. It takes less time in the testing phase because the change has to be made in only one codebase. Thus, bugs can be solved easily. Also, since it is open-source, new features and updates can be added to it and changes to the native code can be made over time.

JavaScript Stack has made React Native popular over other frameworks because rather than reinventing the cycle and updating the app again, it is possible to add new features directly to the phone app. Thus, it has provided a lot of indirect ease.

Using a cross-platform technology such as React Native depends upon the project to be developed. If the project includes multiple platforms or requires fast development time, it is always recommended to use React Native for convenience and other pointers mentioned above. Consider React Native as a top choice for cross-platform if the testing process is detailed, there is a possibility of a lot of bugs in the app, cost and schedule constraints are concerned and most importantly, the app is to be used on multiple platforms.